To demonstrate the basic properties of Fourier synthesis; i.e that any complex repetitive waveform may be synthesised by the addition of pure sinusoidal waves of the appropriate amplitude and phase. 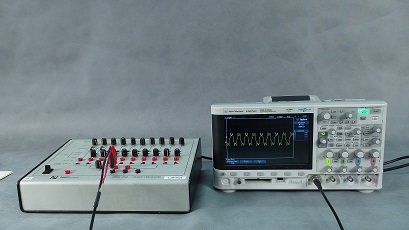 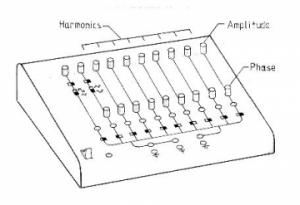 The Pasco Fourier synthesiser enables the construction of complex waveforms by the addition of harmonics of the proper amplitude and phase. The device consists of two fundamental frequencies of 1100 Hz and seven harmonics. Amplitude and phase are controllable.

A reasonable square wave may be constructed using the following settings.

Other experiments which may be performed are listed below