To demonstrate the wave nature of light using Fresnel diffraction from a small circular opaque object. 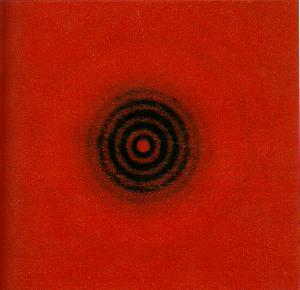 The diffraction pattern of a circular object has considerable interest due to the historical part it played in the wave theory of light. Poisson deduced from Fresnel's theory the necessity of a bright spot at the centre of the shadow of a circular opaque obstacle. With this result Poisson hoped to disprove the wave theory; however Arago experimentally verifed the prediction and today the demonstration goes by the name "Poisson's (Arago's) spot".

The optical arrangement for viewing Poisson's spot consists of the laser with the spatial filter directed onto a glass slide containing a small ball bearing. A video camera views the diffraction pattern formed on the ground glass screen. A white dot (maximum) is clearly evident at the centre of the image.