To demonstrate concept of force can be broken down into direction components of vectors. Consequently, the addition of force can also be described in terms of direction vectors. 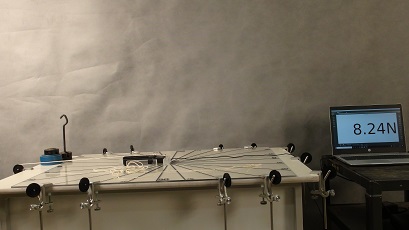 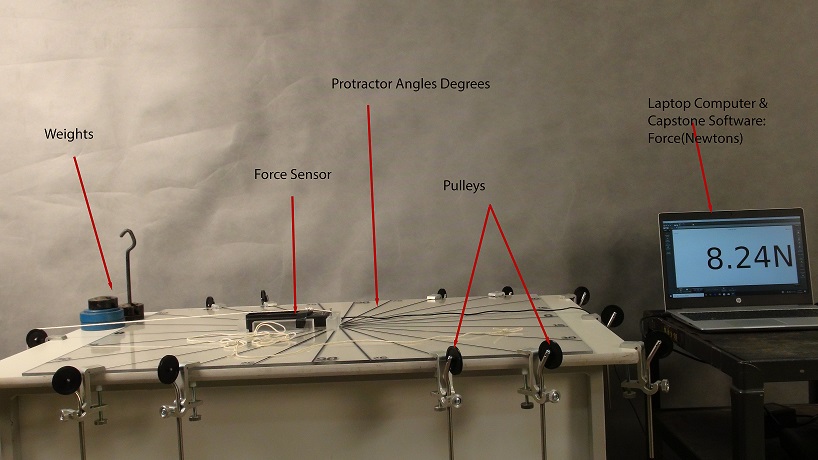 The Pasco Force Sensor is placed in the centre of the Perspex Cradle Protractor. The Pasco Force Sensor measures force in 0°-0° direction in the above right-hand photograph. Any force applied in the 90°-90° direction will not register with Force Sensor.  A number of pulleys are place in position around the Perspex Cradle Protractor, ideally at 0°,30°, 45°, 60°, 90°.  The force sensor can measure up to ±50N in either direction. When a 1Kg weight is placed along the 0°, a reading of 10N should be displayed on the laptop. Placing the 1Kg weight at the different angles 0°-90°, will see a reduction in Force Sensor reading.

Where W is the weight in newtons

With the addition of other weights, depending on the position in the Perspex Cradle Protractor. Will see a resultant force along the 0°-0° line displayed on the laptop.