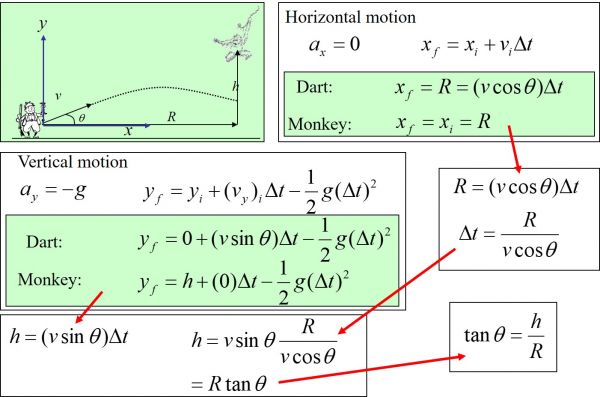 Monkey and Bullet Diagram and Calculation

The apparatus consists of a "gun" aimed at a toy monkey suspended by an electromagnet. The bullet, on leaving the barrel, activates a light sensitive switch which releases the monkey.