To demonstrate a double pendulum with chaotic motion. 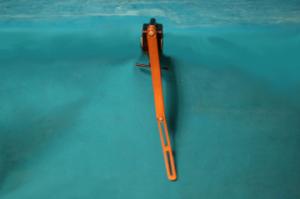 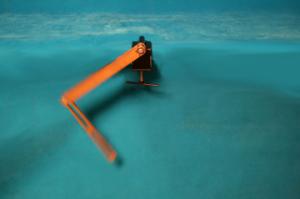 The double pendulum demonstrates the chaotic unpredictable behavour that can occur in the motions of a pair of coupled nonlinear oscillators.

When the oscillations of the two physical pendula, are of small enough angular amplitude for the linear approximation Sin Ø ~ Ø to be well satisfied, there is no chaos and the system can be treated as a pair of coupled linear oscillators with the familiar in-phase and out of phase normal modes (which can be demonstrated first). But for large amplitudes- including motions that go "over the top", ie rotations as well as oscillations- the non linearity results in chaotic motion.

Students can be encouraged to try this demonstration for themselves after the lecture, but with the warning to keep out of the way of the system once it has been set into chaotic motion.