To demonstrate the transmission of electromagnetic radiation and the relationship between the electrical and magnetic fields. 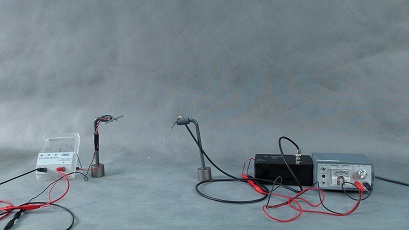 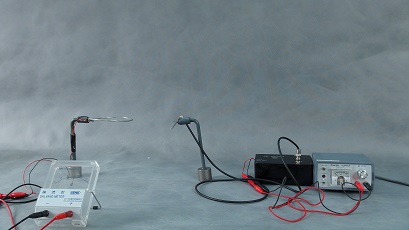 The apparatus produces e.m. radiation of wavelength 1-2 metres. The transmitter is positioned at one end of the trolley with the dipole antenna (electric) connected to the mini stand.

If either antenna is turned so that it points END ON to the other aerial reception falls showing that the electric field is perpendicular to the line of propagation and parallel to the transmitting aerial.

Using the electric dipole aerial at the transmitting end and the magnetic dipole as receiver the perpendicular relationship of the electric and magnetic field vectors may be demonstrated.