Professor Roberts is a world expert in theoretical, computational and experimental optical physics, with a focus on nanophotonics and optical imaging, and Professor Crozier is renowned for his work in nanoengineering and fabrication, including optical nanotweezers and nanowires. 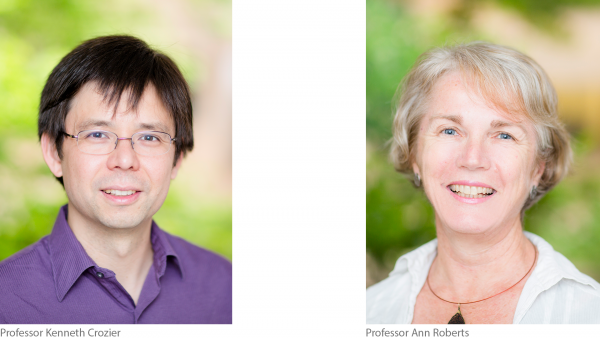 Announcing the new centre, Minister for Education Dan Tehan said the Centre of Excellence will bring together world-leaders in science, technology and engineering to deliver research that will underpin future technologies.

"The Centre will also be an incubator for outstanding young innovators to be future leaders in the sector,” he said.

The Centre will develop the next-generation of miniaturised optical systems with functionalities beyond what is conceivable today. By harnessing the disruptive concept of meta-optics, the Centre will overcome complex challenges in light generation, manipulation and detection at the nanoscale.

The Centre brings together a trans-disciplinary team of world-leaders in science, technology and engineering to deliver scientific innovations in optical systems for the Fourth Industrial Revolution. The research outcomes will underpin future technologies, including real-time holographic displays, artificial vision for autonomous systems to see the invisible, and ultra-fast light-based WiFi.

Professor Roberts says she is delighted to be part of a team building on the University’s outstanding legacy in optics and taking it in a fundamentally new direction.

"The Centre will provide unique opportunities for students and early career researchers, giving them unprecedented opportunities to interact with leaders in the field across the globe," she says.

Professor Crozier adds, "What excites me is that these individuals will have an impact on optics in Australia for decades to come. So, in addition to creating entirely new optics-based technologies with enormous market potential, the Centre will build the human infrastructure needed for this field to thrive in Australia."

"We are also very enthusiastic about communicating the results of the research to the Australian public."